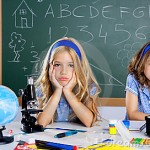 I often wake up with opinion pieces on my mind.  I suspect I dream rhetoric and filter and remix in my head, and if the waking up is done correctly–and coffee is waiting–I don’t forget everything.  This happened the other day after a snowday, and I posted the following on facebook.  I decided that I’d crosspost here, not least of which it’s searchable (and I post far more on facebook than any one person should ever be allowed to). 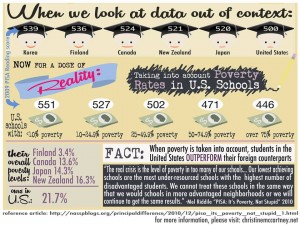 For those of you not in education right now, I’d like to try to explain something to you about new standards (any new standards, not just all the talk of Common Core):

When new standards come along–and in my 12 years’ teaching this is my *third* set–we must change how we teach, what we teach. That stands to reason. Whether or not the standards are valid or not, grounded in pedagogy or not (and despite CCSS’s pitfalls, which are numerous, I still maintain they rock over the previous set of Minnesota standards, but that’s a discussion for another time).

Here’s what happens on the ground, however.

On my own time, unpaid, I redesign my units to cover the new standards. Fine. Whatever.

I then do my best to implement them all in a school year (always impossible, no matter what anyone says, but again, not my main point here) and do my best with my raw material: kids of vastly different backgrounds and support systems all with different learning styles and abilities.

That would be difficult enough, obviously, without the *new* trend toward punishment. I mean to say, if standards were simply *goals* as you might think, fine. Lofty goals are good things to have.

But that’s not what’s happening.

Beginning with Bush’s NCLB and continuing (even worse) with Obama’s RttT, here’s what happens, especially under the new set of standards which, like Minnesota’s previous set, is cumulative and grade-leveled:

I teach 9th grade. Meaning, new standards tell me what I need to teach in 9th grade, but that’s assuming that the kids got the previous standards met in K-8 under the new set. That’s obviously not the case (we had to implement the new standards last year), so we’re then playing catch up. NONE OF THE KIDS I TEACH FOR THE NEXT SEVERAL YEARS WILL HAVE HAD THE GRADE-LEVELED STANDARDS GROWING UP, no matter what. That’s just fact.

But–and check this out, folks–these kids are TESTED ON THE NEW STANDARDS THEY’VE NOT HAD.

And, when they fail–as has happened across the country last spring, as you’ve read–it means schools lose funding, teachers and administrators are fired, and kids are branded as “failures.”

For not being completely successful at something they never had.

For my 9th graders to even have a chance at being successful, mind you, I’d have to not only teach all the 9th grade standards completely, but catch up on everything they hadn’t been taught to the new standards in the previous eight years.

I cannot do that. No one can do that.

And those making the tests and calling for the tests to mean so much, from the Right and Left, KNOW THIS.

This is NOT a surprise, nor is this failure an UNintended effect.

So, the next time you read an article in a newspaper about failing teachers and failing schools, and you’re wanting to go post on facebook or carp around a water cooler about those “lousy overpaid teachers” and “crappy American schools,” don’t be a pawn. Know that you’re being recruited into continuing a ruse, a horrible, planned piece of public theatre, that is hurting kids.

Your kids, OUR kids, are the ones who lose. 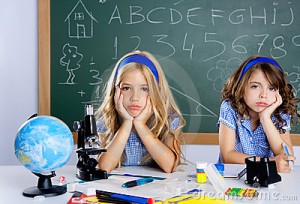 All Posts By Month